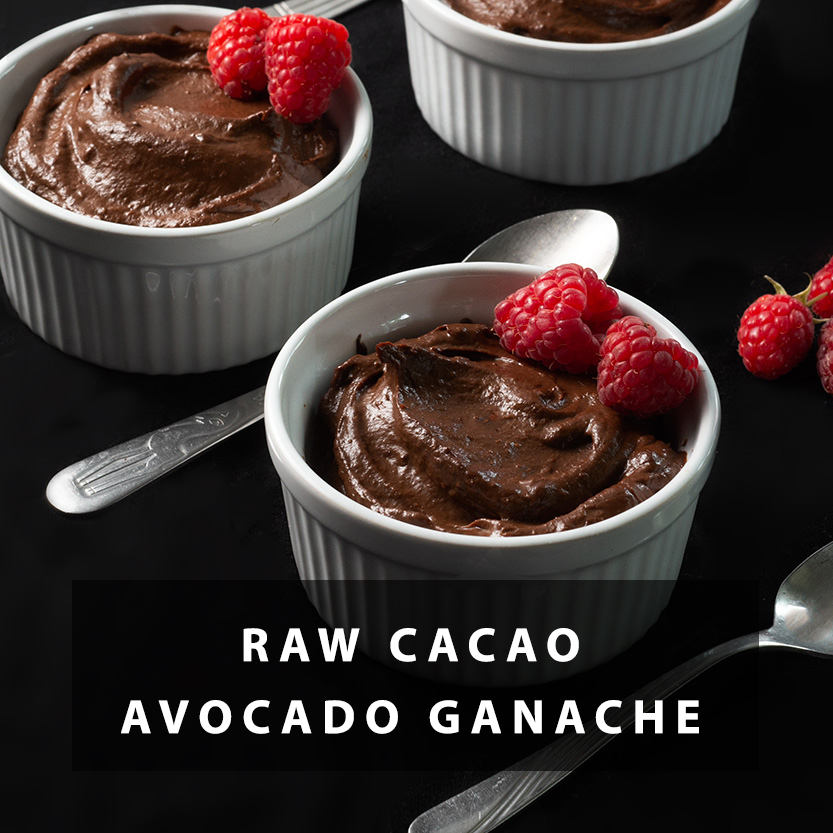 Theobroma cacao may translate as ‘Food of the Gods’ but chocolatey, rich desserts are not just for supernatural beings. We mortals deserve them also, and preferably without that strange waxiness that commercial offerings sometimes have.

This dessert uses our raw cacao powder, which along with being packed with antioxidants, feel-good theobromine and other healthy phytonutrients, is very strong in flavour. You can expect a serious chocolate experience with this semi-sweet dessert, so we’ve put some notes at the bottom of the recipe for toning it down if you’re not quite ready for the zero-to-100 cacao hit.

With those disclaimers in place, here’s our favourite avocado ganache recipe! 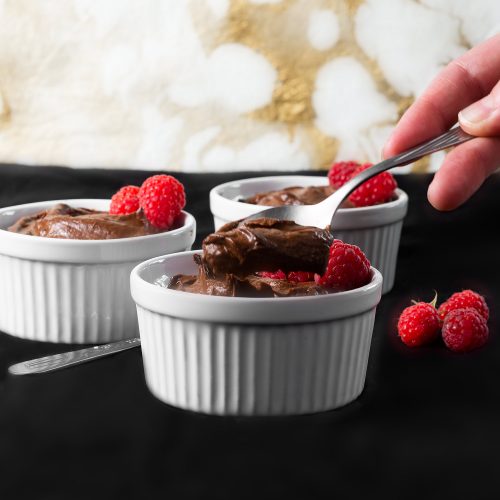 This dessert is very rich, but not very sweet so you can customise it to suit your palate. To reduce the intensity of the cacao flavour, either reduce the amount of cacao powder or swap it it out for a dutch cocoa powder. You can replace one or two avocados with large bananas. This will reduce the need for extra sweetener. Date paste (dates soaked then blended in your processor) can be used in place of the liquid sweetener. Enjoy!

It may not last, but at the time of writing, avocados are pretty affordable (unlike during last years avocadopocalypse) so we’re making the most of them in many ways, including raw cacao avocado ganache. If you do try this recipe, the resulting dessert keeps well in the fridge for up to five days, but will become firmer with time. 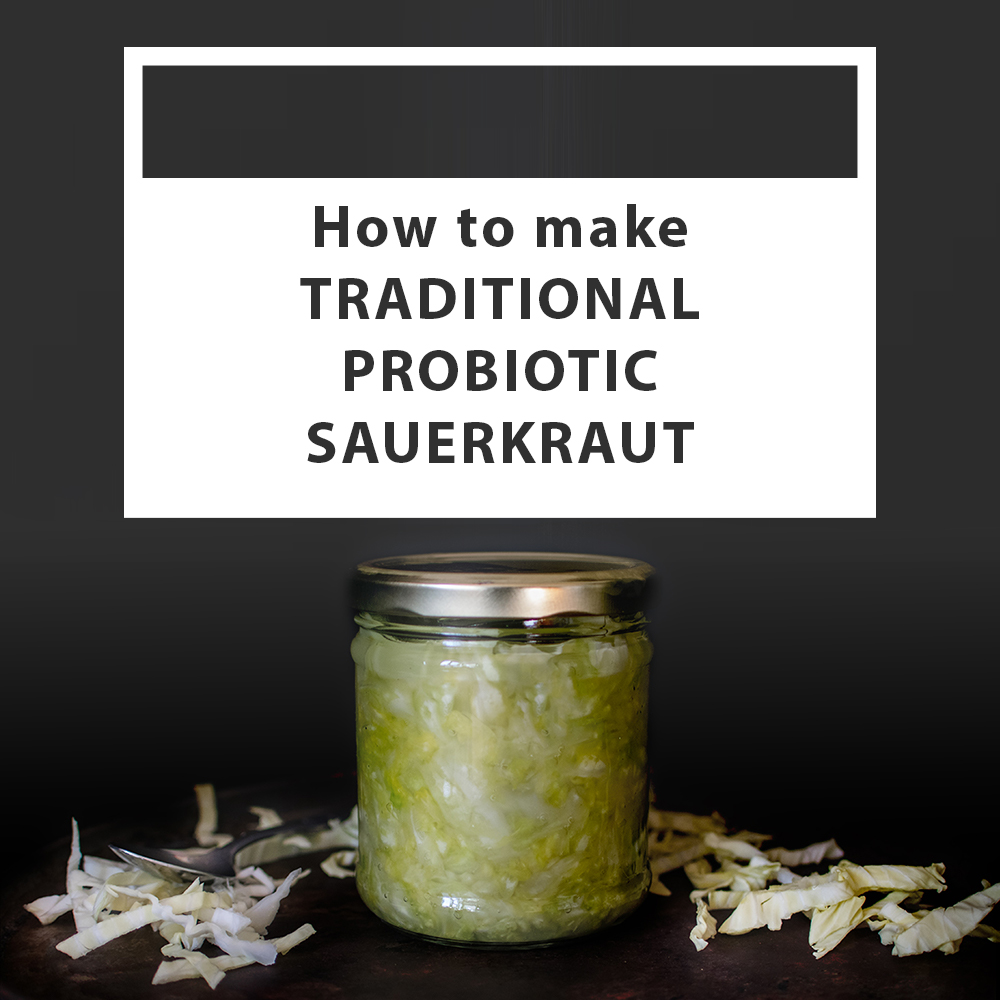 We consider traditional probiotic sauerkraut, made the Austrian way, as one of the must-haves for health and holistic living. However, many people don’t eat it because it’s expensive to buy, and seems very tricky to make. But it’s not hard. Making probiotic sauerkraut is deceptively easy.

But what are the benefits? Here’s our top five. 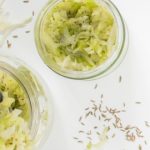 Traditional sauerkraut often includes caraway seeds, which imparts a slight flavour to the kraut, and adds trace minerals. Caraway seeds are also supposed to be anti-parasitic, if you’re worried about that! If you wish to add some tasty caraway seeds they can be sprinkled in at any stage of the process.

You can also substitute some of the cabbage for other veges: grated carrot or courgette are common. You might add some red cabbage for extra phytonutrients. Red cabbage sauerkraut has a lot more vitamin C than sauerkraut made with white cabbage but tends to be crunchier, so you could do that or you could just stick with the white cabbage and top up with some of our Ascorbic Acid?

If you prefer a visual for your first adventure into traditional probiotic sauerkraut, have a look at the short video below. We did our best to make it sharp and to-the-point, which was extremely difficult given all the travel stories we have that involve fermentation discoveries.

More from the Sana Health Blog 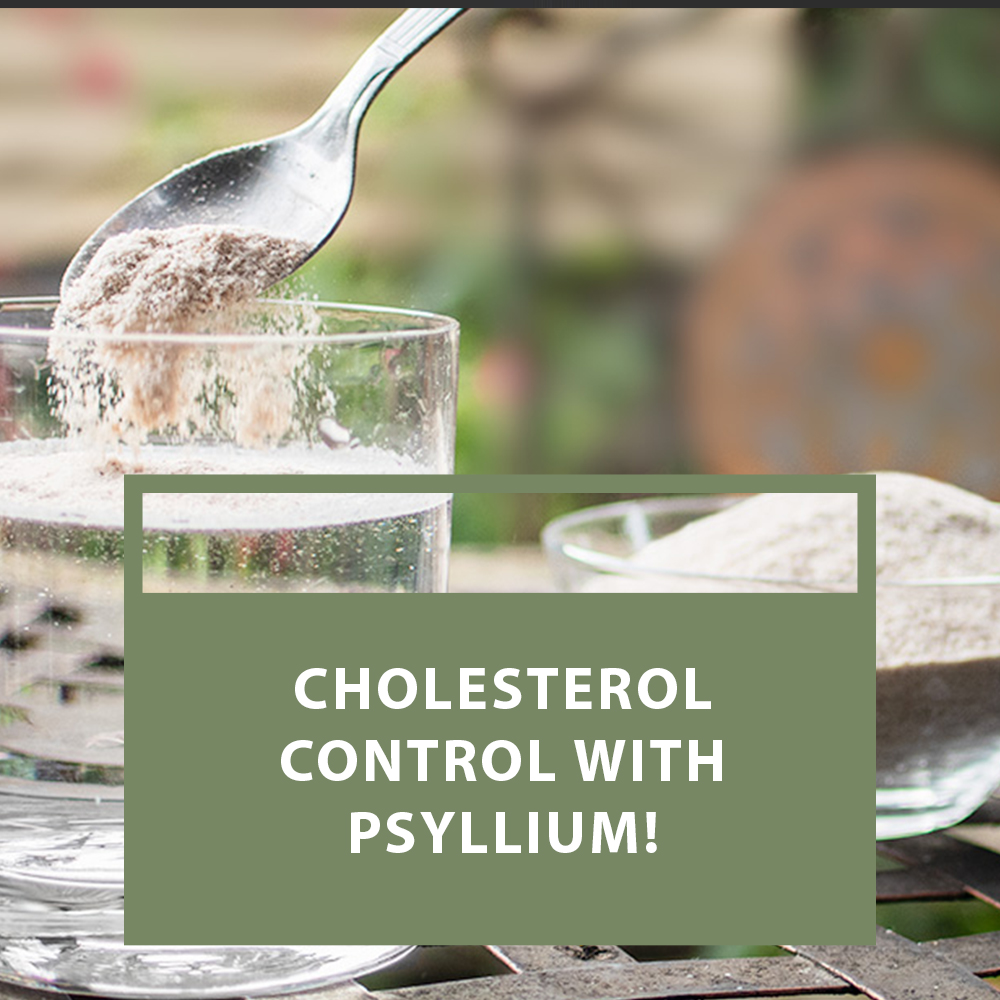